The Volstead Act of 1920 which initiated Prohibition in the USA granted permits to six distillers in Kentucky to continue to bottle bourbon for medicinal purposes. Through one of these permits, Old Forester continued to be produced as medicinal whiskey on Louisville’s famed Whiskey Row. It is the only bourbon continuously sold by the same company that has been available for sale before, during and after Prohibition.

During this time, all whiskies had to be bottled at 100 Proof. With a barrel entry proof of 100, the “angel’s share” would have created a 115 proof whiskey after maturation. To pay homage to this era, Old Forester presents 1920 Prohibition Style Bourbon at 115 proof to represent the rich flavor profile this bourbon had nearly 100 years ago. 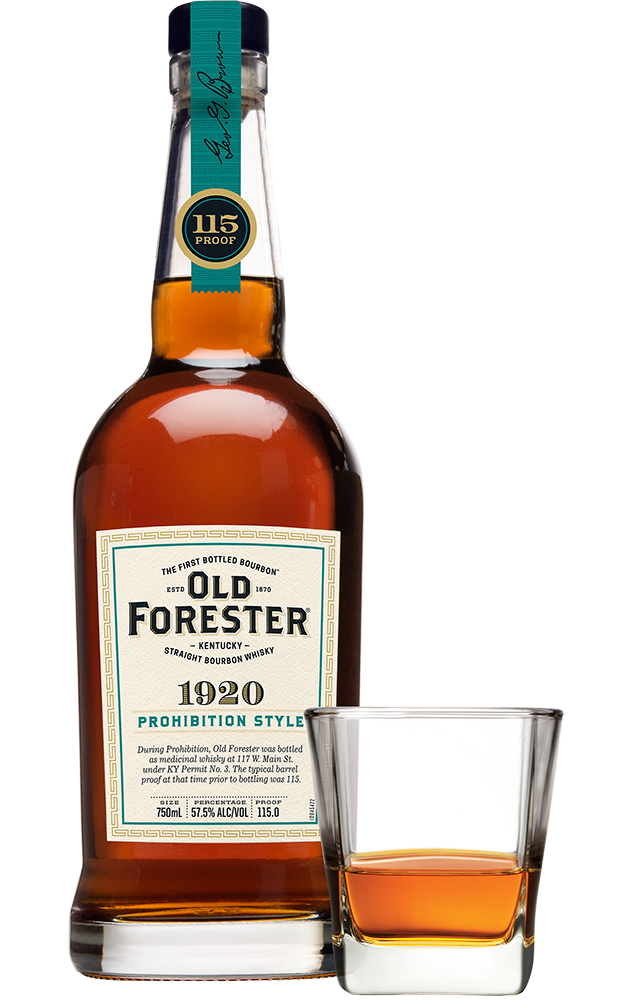 You won’t find a finer family.

To find out more about responsible consumption, visit Responsibility.org and OurThinkingAboutDrinking.com